Why He Can Move on When You’re (Still) Emotionally Wrecked 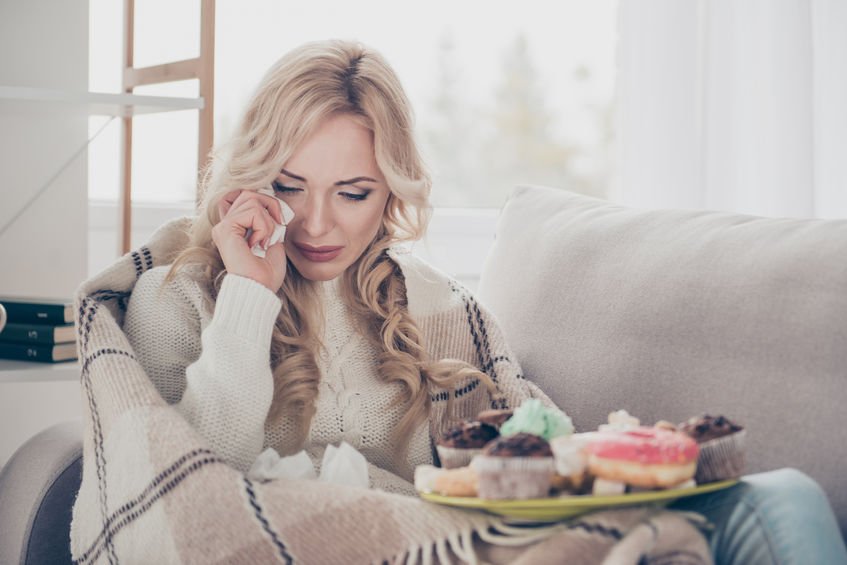 You asked, “Does this mean our relationship didn’t matter? That he got over me that quickly before we even called it quits?”

He’s not over you.

I know this to be true, and I’m uniquely qualified to answer your questions. Not only have I been studying gender differences and relationship dynamics for nearly twenty years, but I met my partner, Dave, just five weeks after his 24-year marriage ended. So, I’ll be answering as both a man/relationship expert and as the other woman.

Grab a cup of tea — this will take a minute.

He’s not over you.

He will likely never be completely over you.

You are someone he has loved deeply, and you are the mother of his children. You matter. Your relationship mattered. This isn’t the sort of relationship someone gets over quickly no matter who he’s entangling himself with at the moment.

And how can he possibly move on so fast while you’re (in your own words) an emotional wreck on the hunt for some mislaid self-esteem?

We are all different in the way we process loss, grief, and endings. Some of us process the loss of a relationship while we’re in it, and we do the rest of the processing on the other end.

I would bet good money that he too is an emotional wreck. And grieving. And experiencing the symptoms of a major loss. And doing it all while holding the hand of his new girlfriend.

I know, I know, gender is a made-up construct and we’re all individuals. However, I can’t dismiss what I’ve seen, heard, and witnessed in my twenty years of interviewing and studying men, relationships, and divorce. I’m gonna gender-generalize like crazy here because I find it to be largely true to life, but of course, there are always exceptions to every rule and variances in every individual.

If a man had a good marriage…

One where he enjoyed parts of being married and didn’t feel like his freedom was too impeded, he’s likely to couple right away. Like, right away. Because…

Men recognize they need women more than we need men.

Did I just say that?

This isn’t a man-bashing moment. This isn’t a “we women are better than men are” flip comment. It’s literally been my experience of seeing men by the hundreds couple up after a loss of a relationship — be it a break-up or the death of a spouse — at neck-breaking speeds. And often the new woman is one he stays with for quite some time if not for good (unlike the hasty affair that has a 70% chance of imploding within the first year).

Men need us: They need attention, sex, an understanding ear, a comforting touch, someone to be honest and vulnerable with, someone to plan with — and since toxic masculinity often traps heterosexual men in a physically and emotionally lonely space, we are the sole source for it all.

We women spread our needs around. We realize it takes a village. You probably have two people on speed dial right now if you need to be listened to, yes?

Some of us stay single for a decade or so because we’d rather wait it out and be alone than jump into the wrong relationship. We’re the ones who say, “I’ll take a couple of months — or years — to heal and then I’ll think about another relationship.”

A guy will partner quickly so he can have companionship, but on a practical level, so his professional responsibilities and other time-consuming aspects of his life don’t suffer as well. He realizes he has a lot of accountabilities and he’s no good to anyone if he can’t get his needs met. If your home life’s responsibilities looked like most nuclear families do, then you probably did a lot of the heavy lifting in this area; heavy lifting he’s now without if he’s single.

Also? Let’s reiterate: He’s not over you.

He liked being coupled with you. I know this, as he’s able to say “yes” again so quickly instead of “You know, I think I’ll buy a sailboat or a sports car, and I’ll take women out to nice dinners on occasion and call it good.”

He needed a woman in his life because without you, there’s a major hole.

You two didn’t ruin each other, and that’s a good thing! You want him in as peak emotional shape as possible, especially for your kids’ sakes.

Speaking of your kids, it’s time to turn our attention to your new relationship with your soon-to-be ex-husband and his new girlfriend.

He said he didn’t cheat on you. This is totally possible. What’s the harm in believing him? And here’s the thing: How’s it going to help you if you don’t? It’s not like trusting him makes you a sucker or vulnerable to being cheated on by him again. Trusting that he met her after will be good for him, but it will be even better for you as y’all navigate and forge new partnerships in the co-parenting space.

Trusting Him Isn’t for Him. It’s for You.

Someday, you’re going to be ready to date and find love again. We know (from your letter) there’s still some tears, some contemplation, some deep breaths, and some heart-healing that needs to happen. Maybe even a few painful things to unpack and understand. (You’re in good company — we all go through it.)

Once you get yourself to “good working order,” I want you to be able to look out into the world and see men as good guys who would love the opportunity to provide for you and to cherish and protect your heart, just like you’ll want to do for them.

This process will go much more smoothly for you if you don’t have to contend with an untrue statement that so many women get tripped by:

“All men are cheaters and/or liars.”

It’s simply not true, and those caught up in believing it usually experience a rapid response from the universe as it dishes up only men who reinforce that belief over and over until it becomes true.

You can skip this whole painful process and save yourself a lot of time and heartache. The first step is believing your ex.

You want to partner with the new girlfriend as best you can, and while it might take a minute, I recommend you do it as fast as you can — for the kids.

She didn’t ruin your marriage. She also didn’t stand up at your wedding and pledge to make sure you two stayed together for all time. She is innocent in all of this. She got together with him after he had declared the marriage was over.

Here’s what you want to know about her. She’s likely a nice human who means well. (You know, like most of us.) And she didn’t mean any disrespect to you. She heard the marriage was over and pounced.

She’ll likely be doing a metric shit-ton of heavy lifting for your family. You want to think of her not as your competition but as that new personal assistant you just hired (don’t give directions, though!) She’s going to be doing all kinds of things to help your kids have a smooth, easy, happy life. And she’s not replacing you — she’s just a new person who’s now also responsible for helping the family function.

Bonus points to you if by January 2022, you’ve turned her into your sister-girlfriend that you can high-five when you two do kid-swap duty.

Your Inner Critic is an Asshole–Don’t Feed the Monster

Okay, Syd. You have some healing to do, and as you do it, please be mindful of your inner critic. She’ll whisper things in your ear. She’ll try and blame you for things that you didn’t do. She’s super-judgmental, so she’ll judge you. She’ll judge men. She’ll judge other women, and she’ll give you the scorecard.

As best as you can, please don’t worry how accomplished (or not) and hot (or not) other women are. They aren’t your competition. They aren’t your business. Your inner critic feeds on that stuff, and there’s never enough fuel to shut that monster up.

Comparing yourself to other women — whether she’s sleeping with your ex or out on the dating field at the same time — doesn’t make your life easier.

The same goes for judging men: “He’s a “looser” or he’s “out of my league.” These are useless ways of evaluating potential matches. It’s part instinct, and part cynicism creeping in after a heartbreak. If you want to lead from the heart instead of that icky instinctual/competitive/negative behavior, consider flipping to questions like, “Is he a good fit for me?” or simple statements such as, “No, this one is not a good fit for me.” That’s it.

And you never know, karma has a sense of humor. In time, you might be the one holding the new guy’s hand as he’s grieving another breakup. And if that’s the case, your best course of action is to just send everybody loving thoughts and good vibes and keep living your life. He won’t be over her, either.

Need one-on-one help from Wendy? You can hire her by the hour.