Where Are All the Men? 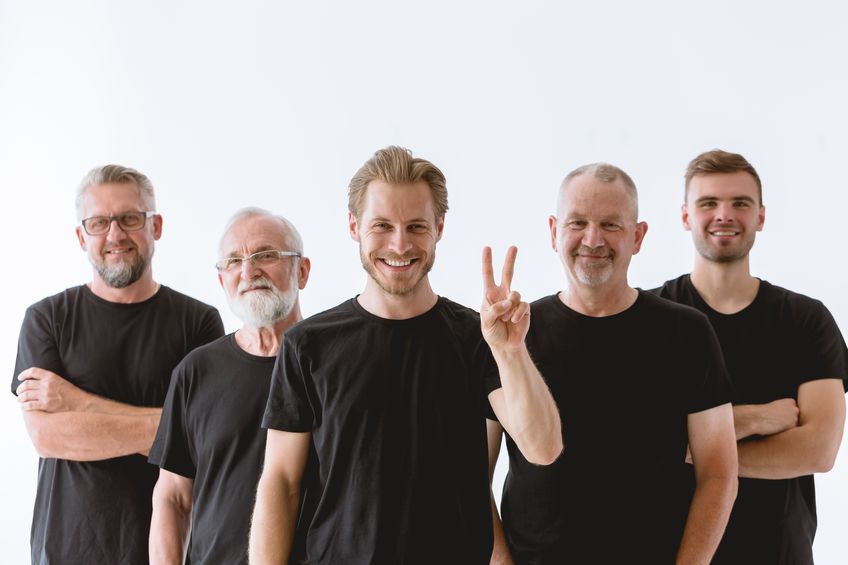 A reporter once asked me, “Why is it that when it comes to online dating, some people have nothing but nightmare stories, while others find true love and get married? What’s up with that?”

The answer is easy: Those with success stories likely have nightmare stories, too, but they kept going.

The same applies to you.

When you say, “I have used dating websites and apps but no luck,” I want you to add one word to the end of that sentence: “yet.”

Online Dating is Where it’s At

Online dating sites and apps are your most direct access to guys in the right age range for you who are also outside of your social circle. It doesn’t matter which apps or sites you use — pick the one that feels right for your personality. You’ll find guys on all of them.

I know without a shadow of a doubt that I would have never — not in a million years — run into Mr. 121 in the real world. It just wouldn’t have happened. And if it had, we likely wouldn’t have spoken to each other. People rarely do that IRL. We bustle around with our thousand-bullet to-do lists, our faces buried in our phones, and on top of that we’re also constantly aware of (and worried about) invading another’s personal space.

I appreciate and respect your intuition that you will meet someone from up north. I hope you do! Keep in mind that this could happen through online dating, as well.

Yes, “it” could happen in the real world, too, but there are things we try IRL that won’t work no matter what. If you want to find out what these things are as well as all the ways to succeed, I cover everything in lesson #3: Ready for Love, my DIY Dating Workshop. But for now, the number-one thing that doesn’t work is when you try and talk to someone who’s focused on doing something else, i.e. if he’s the boss hosting a “good job” event with his team after work at the pub. Or the guy at the horse show who’s busy showing his horse. He might notice you, but won’t make a move to talk to you unless you know exactly what you’re doing, what you’ll say, and you know how to play with the timing.

I also want to caution you away from a fairytale you might be telling yourself.

Wait, what? You’re midlife! You haven’t believed in fairytales since you were eight, right?

“Someday, My Prince Will Come”

This one is one sneaky little sucker buried deep in nearly every woman’s psyche. How it manifests in today’s real-world is when you stop putting effort into online dating or brush it off as just for suckers, or the desperate. Your guy will stroll into your life any minute now. Your prince is coming! Better yet, he’ll ride in on his horse at the horse show! I know I know, I’m being a little sassy, but it’s coming from a place of love and protectiveness of you and your heart.

Another modern-day version of “someday my prince will come” is “don’t try so hard — when you’re not looking, that’s when it happens.”

I know a whole lot of women who want love but are not trying at all because they’ve internalized this myth. The only dude who comes a-knocking on their doors is the UPS guy.

You live and work at home in the country — lovely! I used to, too. While a bucolic life has many perks, it’s an environment that doesn’t call to most single men. And it doesn’t inspire an alpha man to stay longer than a three-day weekend unless he runs his business from that place.

So, what are you going to do about it?

There were only three choices that I could see when I was in your country boots:

1. Meet and then import him (super-hard)

2. Move to an area where there are more single men (not always economically feasible)

I tried #1 and failed, then opted for #2 even though my lifestyle changed dramatically to afford it. Ultimately, it was worth it–I succeeded.

I don’t believe in #3 as a workable solution for most people as it has inherent problems like you never truly get to know the person even if you date for years.

I had to move from the lovely country town of Sonoma, California to the lively Oakland, California to widen my pool. And while I missed my boughie lifestyle and the beauty and peace of the country, I wouldn’t trade it for my partnership and the life I have today. Plus, there are always Sunday drives to see the cows.

Okay, my dear, I’ve given you a lot to think about. I wish you luck. Happy dating!

Need one-on-one help from Wendy? You can hire her by the hour.