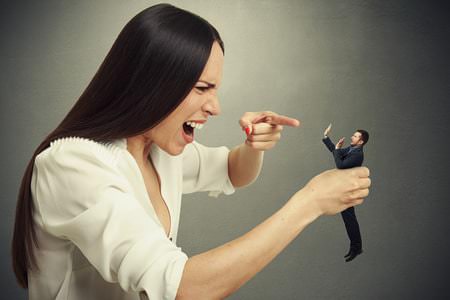 Series continuation: What causes a relationship to go into a downward spiral? #4: Never let anything be good enough, and criticize the crap out of everything.

Most of us women hate criticism. We hate it. But we take it if it’s good advice. Do you know if a random street person off their meds told me I looked ugly in purple, I may never wear that color again? It’s true. Hopefully, unlike me, you consider the source before you change your habits (or your sweater), but you get the idea.

We make changes in our lives based on outside influences, pressures, and suggestions all the time.

Because we assume men are the same, we often use criticism as a way to get them to change, to do something we want them to do, to stop doing something we don’t, or to just get them off the goddamned couch and take out the trash already.

A cousin to criticism is the quest for constant improvement. If something isn’t good enough, you try harder to make it better, yes? And if an aspect of your guy needs to evolve, you get that change by poking and poking and poking at him, right? This tactic totally works! For us. For most guys? Not so much. When men get poked (and poked…and poked…) about something, they tend to double down instead of open up to change.

For all you gay girls out there, it’s a criticism cakewalk because you’ve got two female energies at play. For those of you who’re in a relationship with a dude, I gotta ask, how are these tactics working out for you? Yeah, that’s what I thought.

So what do you do instead?

Read my advice to the Sex Goddess even if you think that piece doesn’t pertain to you—it totally does. Use partner-style questions to get to your heart’s desire.