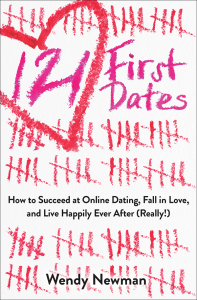 My awesome book. You should really read it.

Library Journal | Full Review Here | November 15, 2015
“…comprehensive guide for women of all ages who range from tired of dating to eager to get back out there again. VERDICT Sound advice in the form of what to do and what not to do.”

Publishers Weekly | Full Review Here | January, 2016
“Intrepid dater Newman—now in a long-term relationship—reveals the bumpy road she traveled to her own happy-ever-after… VERDICT This frank advice will help those still struggling to find love believe in its ultimate possibility.”

Metro | 3 Books That Won’t Make You Hate Valentines Day | February 6, 2016
“While there are plenty of online dating tips in this new release, what makes it especially fun to read are the crazy-but-true dating tales that sex and relationship expert Wendy Newman divulges along the way. You’ll feel others’ pain while improving your own dating life.”

Books Over Sleep | Full Review Here | January 17, 2016
“… it was interesting to read Newman’s stories! It wasn’t just mainly about every first date she had. It was more about what she learned from her experiences and wanted to pass it on to those who need help in the dating world. The incorporation of her dating stories made it even more fun. VERDICT If you’re having bad dating experiences or haven’t even dated, I think this book will give you great insight. Since Wendy Newman is a dating guru, I’m sure you might learn a couple new things!” 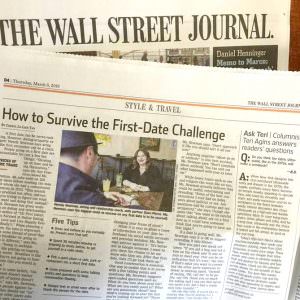 Your Tango | Three Lies Women Tell Themselves About What Men Want | November 2, 2017

Your Tango | 6 Ways Waiting For Prince Charming Keeps YOU From Happily Ever After | February 15, 2017

Your Tango | The Dangerous ‘Red Flag’ Women Should NEVER Ignore On A Date | August 9, 2016

The Curvy Fashionista | What Are the Best Photos for Plus Sized…. | February 8, 2019

Yahoo | Does it Matter That You and Your Partner Love the Same Things? | February 16, 2016 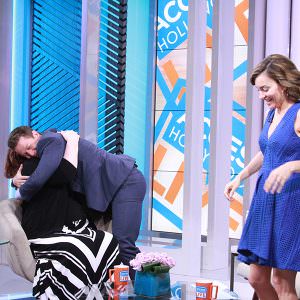 This hug from Billy Bush on Access Hollywood is 100% consensual.

Access Hollywood LIVE | 121 First Dates Author, Wendy Newman’s Do’s and Don’ts | April 20, 2016
A sign of a great interview: When hosts, Billy Bush & Kit Hoover leap up, high-five each other and run over for a hug (it was consensual). That’s right, I killed it.

Single In Seattle | #4 – Choose Pictures for Online Dating in Order to Represent Yourself Accurately | April 11, 2016

Great Day Washington | How to Succeed in Online Dating | February 10, 2016

Wendy Newman’s TeleClass | Why Men Love Smart, Successful Women and How We Push Them Away. | 2016